At seventeen, Ren Pernell knows the meaning of tragedy.

But then, a year after losing her parents, Axel Knight walks through the door and changes everything. Strange creatures start to appear, her best friend suddenly finds her irresistible, and an undeniable, unexplainable bond with Axel threatens to drive her insane. She knows he’s the key. There’s something he’s not sharing, and she’s determined to find out.

Demanding answers, she finally learns the truth: everything she ever believed is an illusion. Caught in a centuries-old blood feud between races she never knew existed, Ren discovers her true destiny. She’s the chosen one, the Echo, preordained to end the bloodshed.

There’s just one catch–in order to save those she loves and a homeland she’s never seen, she’ll have to die.

With the clock running out, she’ll have to navigate a new world of betrayal, lies and deceit. If she can forgive, finding love even in the darkest places, she just might be able to escape the prophecy. But how much is she willing to sacrifice for a cause she didn’t know she was part of? And what will it take for her to be free?

The Throne had been beating down on me since I’d been named General a few months back. It didn’t matter that I was only nineteen. In our world, age never mattered. If you had the skill, you had responsibilities. If you were brave, you were sent on impossible missions. If you had the stomach, you killed . . . no questions asked.

But something was definitely changing. It was getting more dangerous for us. Our men were being attacked all around the world, dropping like flies. Because of that, we’d had to send our Legions back to Dracia. We couldn’t afford to lose lives when the prophesied battle hadn’t even begun. Perhaps the Telalians were getting just as desperate as we were to find her–the Echo.

I jumped over the fence with ease and walked across the street to 2179 N. Main Ave, Norwans, Idaho. It was a department store, and where I was supposed to “find what I sought,” at 1918 hours–at least, that’s what Nala had told me.

I paced the wet pavement, my nerves kicking in. This had been my team’s mission for the past year and if . . . when we found the Echo, it would be a grandiose victory for us. I spun on my heels, feeling my patience drain away.

My gaze landed on her and I froze. No, not the Echo. But her. I placed my hand against a lamppost, catching myself from tumbling forward. My breath caught in my throat, and I blinked slowly.

She was the most beautiful girl I’d ever seen. Her long, brown hair was twisted into a messy bun, a wife-beater tank hugged her womanly curves, and her sweats hung loose around her hips. She looked like the goddess of mess. But, nonetheless, a goddess.

I pivoted to face her, feeling an immense need to run and claim her as my own.

What the hell, Axel? Get your head on straight. Don’t fuck up the mission.

She looked hesitantly over her shoulder and through the door of a café, smiling to her friends. They waved at her, making faces and rude gestures. My chest swelled with the need to protect her.

She took a few steps toward the lump bundled in blankets on the sidewalk. A shopping cart filled with cardboard, cans, and trash was parked nearby. She crouched down and slowly nudged the tattered pile of brown fabric. A woman peeked out, her hair crusted, dirt smeared over her features. The girl stiffened and then smiled.

God, she was beautiful.

I watched as the woman sat up and leaned against the wall. Without hesitation, the girl sat down next to her and handed over a food container. The woman opened the box and turned to face the girl with tears in her eyes. The girl’s lips started to move as she placed her arm around the woman’s shaking shoulders.

I watched, unable to take my eyes off her lips.

I shook my head to purge the primitive feelings and needs coursing through me. Something about this girl . . . drew me in like metal to a magnet.

I chuckled, running a hand through my hair. I extended my auditory range so I could hear what she was saying. I didn’t have to strain much before the first chord of her voice struck my ears in a melodic stream of soothing sensation.

“Fate sometimes has a twisted sense of humor. But, when one door shuts, a window will open. You’ll see.”

Her voice flowed smooth as satin, so fluid it caressed the walls of my heart. I held on to every word. She wasn’t just beautiful on the outside. She truly cared about a woman she’d just met–a dirty, homeless woman. She was patient, listening to the woman’s grief. The woman threw her arms around my beautiful angel and cried into her shoulder.

My heart swelled with pride. I didn’t even know her name, yet I felt so invested in her. Like she’d always been by my side.

I didn’t know how long I’d been staring at her like a stalker, but when their conversation ended, the woman waved and pushed her cart down the sidewalk, a smile on her face. This was my chance. Possibly my only chance. I had to make my move before it was too late. I took a step forward and stilled, feeling the silent vibrations of magic lick against my skin.

It took everything in me to turn my back on the girl. But I had no choice. It was her, or the fate of the world.

This time, I chose the fate of the world. 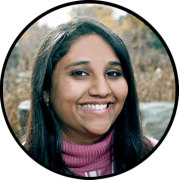 Priya lives in the beautiful city of Boise, ID as a full-time working mom and part-time YA Novel Author. For the past 7+ years she has worked in multiple fortune 500 companies and has recently found the passion to read and write.  The Dracian Legacy is her first YA paranormal romance series. She strongly believes that true love conquers all and that’s a common theme you’ll find within her novels.