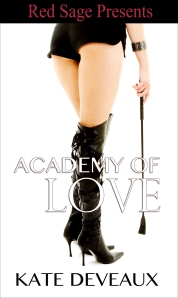 Are you ready for this boarding school?

Love smolders and the sex is red hot when Cassianna Baxter leaves behind a glamorous teaching career in Italy to return to her old Alma Mater, Lewiston Academy for Girls as the Deputy Head Mistress. No sooner does she arrive at the Academy than she walks smack into sexy Lawrence Taylor, her first love and ex-lover. He’s been looking for her ever since he was forced to leave her and now that she is back at the Academy he knows he has to win her back. And not just in his bed.

Academy of Love: Ten Tempting or Taunting lines. You decide.

As a writer, I am often asked what my favorite lines from each of my books. That’s sort of like asking which child is your favorite. Same goes for choosing favorite scenes. As writers, each line is crafted with a specific purpose in mind: to move the story, to describe, and/or to intrigue. As authors, we have to be cautious not to repeat previously used words. Not always easy when describing intimate body parts. There are only so many ways to call a spade a spade. You know what I mean J

1)  She kissed him deeply, more forcefully, as he backed her against her desk with his strong thighs.

2)  The wind was rushing through Lawrence’s blonde hair, and Cassianna wasn’t sure she wanted to catch up to him, as she watched his ass rise and lower in the saddle.

3) “Lawrence Taylor,” Andrea said lowering her voice to a whisper, “he was in charge of overseeing the new Equestrian Center and he was popular for more than just his fine equestrian skills.”

4) Cassianna was still limp in Lawrence’s arms when he carried her up the porch steps and opened her cottage door with his elbow and kicked the door closed with his boot.

5) She closed her eyes and leaned on the tile wall for support as she pictured him kissing her breasts and his hands slithering down her soapy curve of her hip, his fingers slipping between her legs and to her pussy.

6)  He pressed his body hard against her; he wanted to feel all of her touching him as his lips explored her luscious mouth making his cock hard with want.

7) “You didn’t get your chocolate-covered strawberry.” He held out a plate, with a lone, juicy, deep-red strawberry bathed in dark chocolate.

8)  She followed him up the large curved staircase with ornate iron-wrought spindles and a curved wooden railing, aware that bedrooms lurked nearby with large beds beckoning to her.

9)  He teased her again, knowing she liked it when he slid his fingers inside the tight fabric of her jodhpurs, searching for her tender flesh as he kissed her neck.

10) The rustling of palm trees mingled with the crash of the surf as Cassianna crawled along his naked body, one slow step at a time.

It was fun stopping by and sharing these with you!

This deleted scene was originally written for the wedding scene at the end of the book at Lawrence’s beachfront home in Hawaii. In editing the book for publication, I struck this scene, but I’m sharing it with you now. I hope you enjoy it!

Cheers erupted from the bridal party as Lawrence tenderly kissed Cassianna, and Millie beamed at her as she glanced over her shoulder as grasped her harder around her waist as his hand slid lower and he playfully bit her on the lip. Laughing she kissed him back before they were eagerly swamped by Stephen, Donald, Tristan, Samantha and Anne and the twins and even Millie. Lawrence’s hold on Cassie was broken as they all piled in, hugging and congratulating them.

Tears welled in Millie’s eyes as the twins called out, “Auntie Cassianna, Auntie Cassianna,” and reached their small arms up for their hugs and kisses. The girls wedged in at her feet as Cassianna hugged Millie tightly and thanked her again for being such a part of this special day.

“Well, we couldn’t let cupid stay at home, while we got married,” Lawrence said, overhearing the exchange. He tucked on arm around Millie and then gave her a big hug. “Without Millie here, you would have never come back to Lewiston, and the rest,” he pulled Cassianna close to him again with his other arm, kissing her neck playfully, “would have been a very dull story, indeed.”

Oh, how dull it would have been. Her big return to her alma mater, ready to take on the world again, not looking for ill-fated long lost loves. Instead, she’d walked dead smack into him the first moment she was on campus. The love of her life. The man who had broken her heart and then mended it with his scorching love for her.

Her eyes brimmed fresh again as Lawrence and she broke away from the well meaning family and friends, his hand firm around hers as he led her away from the boisterous crowd. “I’ve got plans for you,” he said, letting his other hand nip at her derriere as they practically ran hand in hand towards his beachfront home.

“But the guests….” Cassianna’s voice trailed off as he swept her up in his arms and climbed the terrace steps two at a time.

“They can wait,” he said, his lips sealing hers as he carried into the house and towards the bedroom.

“What are you doing here at the Academy?” Lawrence demanded from the doorway, his  gaze intense and the tension in him showing through his taut neck muscles.

“Me! What am I doing here?” she stammered. “I think I should be asking you the same thing.”

“I work here,” Lawrence flashed back, his eyes flecked with gold and full of fire.

The lines in his brow furrowed. “Since when?” His voice rising, as he stood up even taller, filling the doorway with his strength.

“Since four hours ago when I arrived at this school. And don’t you yell at me!” Cassianna
gulped for air, as she sputtered angrily, “I should be yelling at you, you’re the one that ran off and left me.”

“I’m the one that ran off?” He clenched the muscles in his neck while sparks
flashed in his eyes.

“I waited for you and you never came back.” As Cassianna spoke the angry
words, she noticed his posture softened slightly, his shoulders easing, but his
muscular chest contracted with each heavy breath, betraying his mood.

He moved towards her in one quick stride.

He was inches from her. Cassianna could feel the heat between them.

His heavy breathing was the only sound in the room. She inhaled the musky
scent of him, oh how she had loved that scent. She was melting with want, she
wanted to kiss those lips and feel his strong hands on her.

His eyes were locked on hers and he let out a deep breath, his voice lowered as
he leaned forward, grasping her hand in his.

“Cassie…,” his tone softened, his eyes soft as seawater as he looked at her.
Her hand trembled in his.

She looked up into his eyes.

He seemed lost for words as his face studied hers.

He leaned towards her and she couldn’t will her body to move even if she
wanted to. 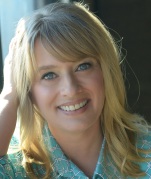 A former wedding planner, Kate has always been “in love” with love!  She was inspired to transition from writing racy short stories to full length manuscripts after meeting other authors in the romance world at industry workshops, conferences and events. Now a multi published contemporary romance novelist, Kate is a member of Savvy Author, Romance Writers of America (RWA) as well as their erotic romance chapter, Passionate Ink. Born in London, England, Kate has lived in both the U.K. and the U.S. She and her husband currently reside in Arizona.  When she’s not writing or reading, Kate can be found on the tennis court—yes, there’s even “love” in that game too!

What’s Kate up to next?

Kate is busy completing several books for release 2014, each filled with sexy romance, heroines who are no shrinking violets, and heroes who make your heart skip a beat.