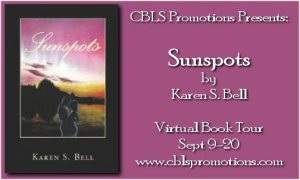 “One can never be, and should never be, smug about life,” says Aurora Goldberg. An aspiring New York actress who has never realized her dreams, Aurora keeps herself afloat by doing odd temp jobs where her rich fantasy life helps her get through the day. Aurora sees the world through the lens of characters in literature and film and these fictionalizations are woven into her interpretation of reality.

On one of her temp assignments she meets Jake Stein, a man who could “charm the skin off a snake” and she decides to follow her destiny as his wife in Austin, Texas. But Jake’s sudden death after two short years disintegrates her world and Aurora must reevaluate her life and let go of a love that has become an obsession.

With the help of friends, family, and the ghost of Viola Parker (her home’s original owner), Aurora accepts her fate and the secrets revealed about Jake’s true character. She realizes that in this life she will finally break the cycle of pain caused by her love for this man, Jake Stein, through the centuries.

My passion for acting surfaced as a young child when my so-called natural talent flung itself into the world full-blown and raw. Not wanting to attend pre-school one morning, I laid my arm over my head and “pretended” that my head hurt as I had seen my mother do many times before. That deceit uncovered a truth made known by philosophers of the ages, but of which I was certainly unaware. Pretending to feel and to really feel do not appear differently to the external world—if you do it right. Aside from being great fun, the stage was an obvious platform to hone that skill.

As Celeste Abbott, my alter ego, I spent most of my time as either a receptionist or data-entry clerk. It was not by choice, because I dreamed of being sought after by the best directors and to work continuously like Julia Roberts or Nicole Kidman or have a great stage career like Patti Lupone.

I had several fits and starts on the roller-coaster ride of acting that kept me hooked and on the payroll of two temp agencies where I had accumulated so many hours that I was eligible for health benefits—a situation that pleased my mother but underlined my failure to get into Actors’ Equity, or make enough money that AFTRA or SAG allowed me into their health plans. My first paying gig was a commercial with five other girls that shot all day on location at the Jersey Shore.

“Okay, ladies,” said the director. “Try and pretend it’s not 40 degrees. Look like it’s summer. I know you’re quite cold in those shorts and tee shirts, so let’s get this done quickly. Chase each other. Laugh. Throw the ball. Have fun. Okay, good. You over there, go sit in the parked car.”

“Yes, but can you do anything about those blue lips?”

There it was. I was chosen to sit behind the wheel of a convertible and gaze sexily into the camera for a tight close-up—the money shot. I could taste the possibilities of fat residual checks or even better—being discovered by some producer who thought my look “perfect for the lead” in some mega-funded movie, but instead I caught a chill and high fever that kept me out of temp work for a week. When the commercial aired, I realized that the only close-up not on the cutting room floor was my foot sporting the running shoe I had been wearing.

My optimism, however, could not be thwarted because my real passion was Broadway and it was the dream that kept my juices flowing. My closest encounter with a stage career had been a part I landed in an off-off Broadway play downtown. Off-off Broadway is where any basement or falling down hotel can be a theater and anything can be a play. But more importantly, off-off Broadway meant there was no real money, so budgets were tight.

This gig was in the Meatpacking District in a storefront of what looked like a condemned building. The windows of the store were blacked out so that the streetlights wouldn’t interfere with the stage lighting. The audience sat in folding chairs and the house could hold about 60 souls who weren’t turned off by the lingering odor of the daytime businesses. The stage was a wooden platform that was long and narrow and made moving about a bit risky. I was chosen to play the “unnamed woman,” one of three characters. The other two characters were her “unnamed lover” and “death.” More performance art than a play, it had one act with one scene. As the unnamed woman, I wore a mask and gold body paint (that covered my exposed skin and bright-pink bikini) and sang two songs that had no set melody.

“Hey ho, hey ho. The setting sun sends swords of gold. Hey ho, hey ho. The light. The light. Please light my love.” Or some such nonsense was my opening number. My challenge was to improvise the music every night to a drum that was my sole accompaniment. One night, I believe I crossed into copyright infringement when this melody came very close to sounding like the song for the seven dwarfs in Disney’s Snow White and the Seven Dwarfs and the other song sounded like, The Sound of Music. I was paid a small amount of money that included cleaning up the stage and backstage afterwards. Unfortunately, the show closed after one week and ended my brush with stardom.

Walking with Elephants was my first novel, although I am not new to writing. I was a theater critic and celebrity interviewer for a weekly tabloid in Jacksonville, Florida and I earned a Master’s in Mass Communication from Oklahoma State University. For 15 years I worked in Corporate America as a technical editor/editor/writer. I experienced first hand the politics and intrigue that goes with that territory and the balancing act that comes with being a working mother. I salute all those mothers who are the glue that holds their families together while pursuing the nine to five brass ring. And that is what inspired me to write that novel.

With my second novel, Sunspots, I continue to be in awe of the magical and wondrous phenomenon called life. As an observer and obvious participant in feminine values and approach to our human challenges, I bring this perspective to my work. Fascinated by the mysteries of the unseen forces that perhaps play a role in guiding our choices, I search for answers in the mundane as well as in the cosmic forces that surround us.