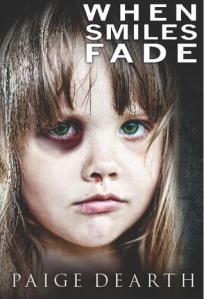 Emma was unloved from the moment she was born. Her earliest memory is being severely beaten by her father, Pepper Murphy, when she was eight-years-old. Seething with resentment over the sacrifice of his dreams for a woman he cares little about and children he never wanted, Pepper chooses to blame his oldest daughter. Her mother, Valerie, makes matters worse with her verbal abuse, leaving Emma isolated with a man that had no boundaries in punishing his daughter, taking his abuse to unimaginable levels.Emma’s father’s coldblooded beatings and the ultimate abuse to which he subjects her, lays the foundation of the person she becomes. As she matures into a resourceful teenager, she is unwilling and unable to stifle her desire for revenge. Reaching her breaking point she can no longer control the impulse to fight back and finally takes matters into her own hands.Having learned the art of hatred from her father and the mastery of manipulation from her mother, young Emma now sets out to make a better life for herself, leaving the memory of the abused child she had once been behind her. Hardened by the heartless brutality she encounters and the dangerous situations she must overcome in the course of her journey, she faces every challenge that comes her way in her quest for a normal life for herself and for those she loves.

Finally a person emerges from within that guides her toward a better life until she learns of a secret that sets her on the path of ultimate redemption.

SOME DIRT ON PAIGE DEARTH:
Raped at the age of seven, I was a lost and lonely child. This experience inspired me to write my debut novel, Believe Like A Child. Growing up my family was poor, to help pay the bills, we took in my maternal uncle who sexually abused me when I was only seven years-old. As a child, living day by day, I had few aspirations and didn’t dare to dream of my future, but I did make up stories in my mind to temporarily escape my living conditions, which helped me cope.
Leaving home when I was 19 years-old, I went searching for a better life. By the age of 25, I had divorced my first husband, a heroin junky, had a four year-old daughter and was married to my second and current husband, Michael.
At the age of 29 and after years of working in a low paying job, I decided to go college. Fearful that I wasn’t smart enough to pass college level courses, I pushed myself to move forward one step at a time. While working full time, raising a child and attending college at night, I finished my MBA eight years later, having exceeded my educational goal and conquered my fear of learning.
Only after I finished college did I settle down and begin to live a fulfilling life. I worked in corporate America where I earned a decent living, but never loved my work. I was 46 years-old when I sat down and wrote my first novel, Believe Like A Child.
Living through the fear and isolation of my youth, I developed the ability to create stories that helped me cope and finally put them to use by embarking on a series of novels. Believe Like A Child, my debut offering, is the darkest version of who I could have become, had fate not intervened in the nick of time. It presents a fine balance between what lives on in my imagination and the evil that lurks in the real world.
My second novel, When Smiles Fade, was released in January 2013 and four months later I won as a finalist in the National Indie Excellence Book Awards in the thriller genre. I am currently working on my third novel and expect it to be published in early 2014.
http://www.paigedearth.com
PAIGE DEARTH, AUTHOR
paigedearth@gmail.com
http://www.paigedearth.com
@paigedearth
SUMMARY
Driven life survivor that believes all of my experiences make me a good person worthy and capable of achieving great things. Remarkable ability to battle my demons, while holding onto my truth and hope for the future. Capable of having empathy for other people and knowing that, it is our flaws that makes each of us so perfect.
Resiliency, persistence and focus on being happy Excellent in sharing life experiences without embarrassment or compromise Solving complex problems without losing who I am in the process Managing change I need to make in order to become a better person.
MULTI-DISCIPLINED PERSON
CHILD Accomplished at being homely Expert in being manipulated, taken for granted and sexually abused Extensive experience not having anything that other children or teenagers possess Ability to cope with loud and demanding people Skilled in overcoming disappointment and demoralization Easily relates to people who can make something out of nothing, except unwavering faith
YOUNG ADULT Survived being married to a heroin junky Capable of lasting three consecutive days without food while nursing a three month old baby Skilled at moving to another state and living alone in fear and isolation Superior coping skills at being a single parent with nothing more than a high school diploma Qualified to get over the death of a parent at the age of nineteen
ADULT Superior tolerance working for creatures in corporate America, who will do anything to be “successful” Expert at hiding my own lack of confidence to convince my daughter that she can be or do anything Deep understanding of working for everything I have and being proud of my accomplishments Creative and kind in listening to others talk about their hardships Willingness to take risks in order to live my dream Strong at conquering fear and pressing on regardless of what others think