Blurb:
When seventeen -year-old Megan Murphy, a diagnosed borderline personality disorder, is admitted to the psych ward once again, she assumed she’d be “home” for the holidays. But her burned-out mother, Laura, and her newly re-married father, Michael, have made it quite clear they’ve had enough. Even Megan’s port-in-the-storm grandparents, Addie and Henry, are tired of the redundant saga of her so-called life.
At the same time, Addie wonders when, and if, there is a good time to die. She finds it ironic, when faced with her own grim diagnosis of pancreatic cancer, that society celebrates a “due date” but runs screaming when they see the inevitable “sell by” date. Addie had always vowed to bow out gracefully when her time came, but with Megan a virtual orphan on an adolescent psych ward and her grandmother her only remaining lifeline, will Addie be able to face the end as courageously as she’s lived?
Buy Link: Amazon 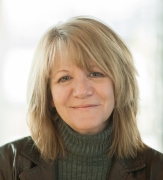 I have been an RN for over 25 years and have worked both with the terminally ill and on adolescent psychiatric units. I also was a school nurse for many years while raising my own family. I wrote this book after leaving the psychiatric facility as an homage to those staff members and patients with whom I worked and was both humbled and invigorated by what we were able to accomplish and also by what we weren’t. I remain an advocate for the importance of reading in the development of children and adolescents. I have seen kids transformed by the power of books and feel their relevance in today’s world of instant gratification is vital in nurturing the mental health of our next generations. I am also appalled by the lack of choices given to the terminally ill when making end-of-life decisions. I would like people to be empowered with the knowledge that they do have control over the second most important event in their life: their death. Most importantly, I wrote this book because I have found people are more open to discussing uncomfortable life situations when they are presented in “story” form with a lot of humor thrown in. Stressful situations are easier to ponder and dissect when they are happening to someone else and ultimately the reader can make some of the decisions and outcomes certain characters make their own.

I had to leave the psychiatric unit on which I worked because I am unable to get a flu shot. Both of my parents died of ALS or Lou Gehrig’s Disease, which is unprecedented, and a flu shot could potentially wake up something I wish to keep slumbering. I was devastated on my last day and when I walked in the door after work my husband looked up and said, “Now, are you going to finally write that book?” So I did, and am happy to report that not only did the writing experience exceed my expectations, self-publishing was easy and incredibly gratifying. I am hard at work on the sequel to “Harper Lee” and look forward to my next self-publishing experience.