Today’s new release is a tad different from my others. It’s a screenplay called A Good Man by Vanessa Morgan and is currently in pre-production with Radowski Films. 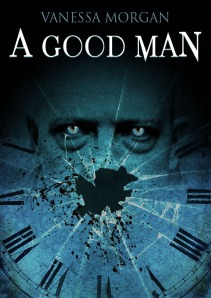 Loved Dexter and American Psycho? Then you’ll love A Good Man. Louis Caron is a good man – vegetarian, he feeds the homeless, takes care of animals and is concerned with the ecological future of the planet. But his altruism has a sinister edge – he’s a vampire – and local detective Taglioni is becoming increasingly suspicious. Louis’ attempt to escape the police will take him on a journey into his own private hell where he is not only forced to confront his worst fears, but also to destroy the lives of those he cares about. END_OF_DOCUMENT_TOKEN_TO_BE_REPLACED