A Tale of the Posh, the Privileged and the Paranormal…

No one ever claimed that third year at Oxford University is easy, but Harriet French has more to worry about than just her final exams.

Richard, an ancient vampire with no love for Cavaliers or Roundheads, has dragged Harriet to his French fortress as part of his quest for revenge and power.

Can Harriet support Richard’s plot to kill Augustine? He may have the country in his thrall, but he’s still family. She has no such qualms about killing the Roundhead leader Fea and her twin henchmen, but is she willing to sacrifice herself to do it?

And then there’s George, once the archetypal Cavalier, who now seems to have betrayed both Harriet and the society. It’s hard to be sure about anyone’s true loyalties and harder still to know the right thing to do.

Ivory Terrors concludes the story told in Oxford Blood  and Screaming Spires of Harriet French’s time at Oxford and her involvement with an elite vampire society. 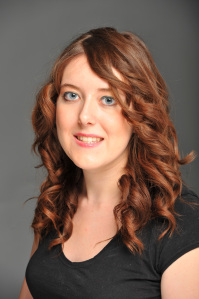 Georgiana Derwent is the author of the Cavaliers Series: Oxford Blood, Screaming Spires, and Ivory Terrors. She lives in London with her fiancé, Freddie, who’d fit right in to the Cavaliers.  As you might have guessed from the books, she studied history at Oxford University, and is getting married there this summer.

Apart from the English Civil War that inspired the Cavaliers Series,  her favourite periods are the Italian Renaissance, the Tudors, and the British Regency. Hopefully, she’ll get to write about one or all of the others soon.

Georgiana loves to read literary novels that don’t forget about plot, and fantasy, paranormal, and historical novels that don’t forget about prose. Her absolute favourite books tend to be those that blur the lines between the two.  She’s loved vampire novels since her teens, though the vampires have to be at least a bit bloodthirsty and fantastical.  If the plot of a paranormal romance would be basically the same with human characters, she’s generally not interested.

Georgiana is a qualified lawyer and currently works for the British Government. She loves her day job, but writing makes a nice change of pace, even if it’s sometimes very difficult to find the time in-between running the country!